Madness aside for the moment, I begin on a high note, with a hope that all who celebrated Pesach found joy and meaning within the celebration, and a wish that my Christian friends now celebrating Easter are also uplifted.

We need all of the uplift we can get!! 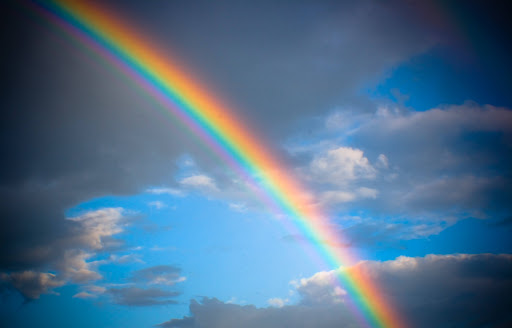 The Jerusalem Post (print version) ran an op-ed of mine, “The threat and the betrayal,” today.  You can find it here:

It touches upon matters of great importance and I urge you to share it broadly and put it out wherever you can.

We are still in the midst of a horrendous political situation here, with its lack of clarity, its wheeling and dealing.  I will touch upon it only briefly here.  By later this week we should have the beginning of resolution of some sort.

Now that Pesach is over, President Ruby Rivlin is going to be meeting with the leadership of each party that passed the threshold (which means at least the minimum four seats in the Knesset).  He will be asking whom each party prefers as prime minister. 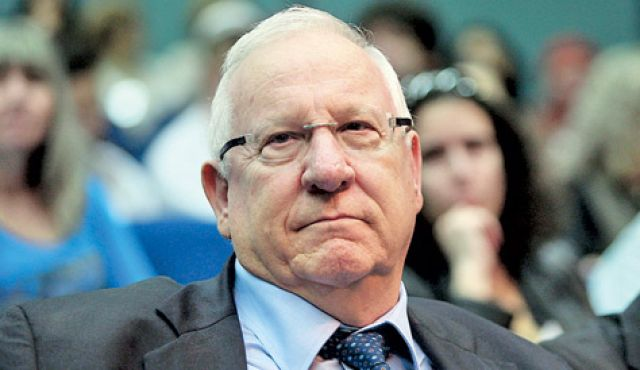 It is the norm for the president to then give the mandate for forming a government to the person who received the most support (i.e., calculating by number of mandates, not number of parties).  There are rumors, however, that Rivlin, concerned about the fact that no faction has the minimum 61 mandates for creating a coalition, might try some fancy (and in the opinion of many, questionable) political footwork to foster a patchwork coalition.

See Ruthie Blum on this: “Rivlin’s false pretense of preventing a fifth election.” In it, Blum refers to “a two-and-a-half-year-old theory, which may or may not be true, about a plot hatched between Rivlin and Gideon Sa’ar, head of the New Hope Party, to maneuver Netanyahu out of office.”  This provides just an inkling of how messy this situation is.

Sa’ar remains adamant in his refusal to sit with Netanyahu. 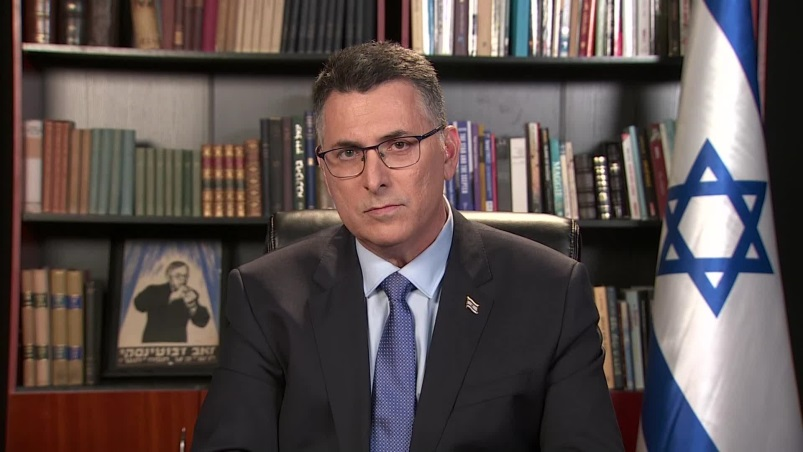 I concur in good measure with the sentiments attributed to Likud sources the other day:

These sources “cannot understand…There is a rare opportunity here to form a stable right-wing nationalist government, like we always hoped for, with the Likud, Sa’ar, Bennett, Religious Zionism, and the haredim…

“He can buy his world in one hour, he can receive any senior position he asks for – in his merit a right-wing government will be formed. This could be, for him, a huge springboard for the day after Netanyahu. Instead of that, he will be flattened now beneath Lapid and Bennett, he’ll join the left-wing bloc, and he’ll disappear from the [political] map within a year or two.”

It could be that at this point Sa’ar is not as “right-wing” as he professes to be.  Or it may simply be that his hatred of Netanyahu, his determination to take him down, is greater than his concern for establishment of a right-wing government.

Meanwhile, Bennett apparently cannot decide what he wants to do.  He had a lengthy meeting with Netanyahu on Friday, after which there were multiple rumors flying as to what the prime minister offered him: 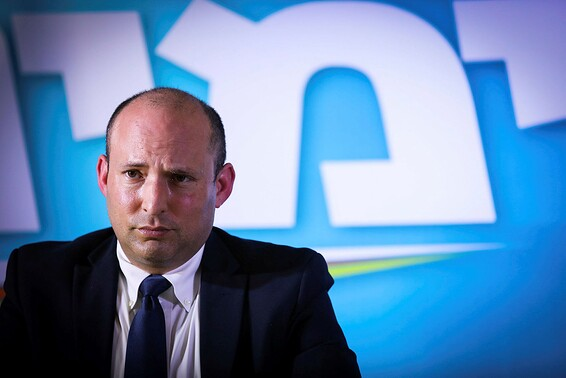 Very early this morning, Bennett met with Yair Lapid to discuss how the two might cooperate. This tends to make me seriously nauseous. Bennett previously worked with Lapid, who has a very different political perspective from his, and it ended badly.

Whichever way Bennett might go, there is no sign of a coalition of 61 mandates about to be formed.  To make matters tighter for Netanyahu, Smotrich has declared unequivocally that he will not sit in a coalition that is joined by, or supported from the outside by, Mansour Abbas’s Ra’am party.  That is, a coalition that would not come into existence except for Abbas’s support; this would give Abbas very considerable leverage. 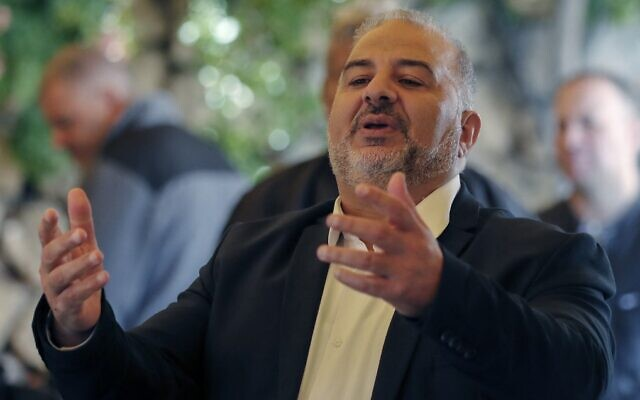 In a Facebook posting on Friday, Smotrich wrote (emphasis added) that “forming a government that relies on Ra’am and Mansour Abbas will be a catastrophe and a cry for the generations, and we will not allow such a government to be established.”

He referred to a speech given by Abbas last week in Arabic, to members of Ra’am, charging: “It is reminiscent of Yasser Arafat, who gave peace-loving speeches in English, and war-mongering speeches in Arabic.”

I salute Smotrich for his strength on this.  The Jewish Press provided an additional summary of his remarks:

“Abbas was and remains a supporter of terrorism who [does] pilgrimages to embrace terrorists who murdered Jews. He does not accept the right of the Jews to exist as a people in their land in a Jewish state and continues to adhere to the Palestinian narrative, which simply contradicts the Jewish one.

“He sees himself as part of the Palestinian people, the establishment of the State of Israel to him is a Nakba (catastrophe), and he does not for a moment intend to give up on this narrative. Even in his honey-dripping speech on Thursday, Abbas did not recognize Israel as a Jewish state, and demanded the recognition of ‘both narratives,’ and in fact tried, in the well-known Arab salami method, to turn Israel into a bi-national state.  A state of all its nationalities. The opposite of the Jewish state.”

In a prime time address to the nation last Thursday, to which Smotrich was referring, Abbas spoke in conciliatory tones about the need to “respect every person for his humanity;” he emphasized the common destiny of Arabs and Jews in the State of Israel. “Now is the time to understand one another, each other’s narrative,” he said. “We do not have to agree on everything, and we will of course disagree on much. But we must give us and our children the opportunity, the right, to understand one another.”

He avoided referring to Palestinians and called himself an Arab, a Muslim, and an Israeli.

The Times of Israel, however, has acquired the charter of Ra’am, and it confirms what Smotrich is charging.

It calls for the “right of return for Palestinian refugees” (sic), says “there can be no allegiance” to Israel, and deems Zionism a “racist, occupying project.”

“The State of Israel was born of the racist, occupying Zionist project; iniquitous Western and British imperialism; and the debasement and feebleness of the Arab and Islamic [nations]. We do not absolve ourselves, the Palestinian people, of our responsibility and our failure to confront this project.”

One can readily imagine Netanyahu, desperate to form his government, giving credence to the idea of relying on an Islamic MK who claims to be moderate and advances welcome words to demonstrate that he is.

But far better to go to a dreaded fifth election than to rely upon Ra’am to shore up a coalition.

And here I leave it, as there is already a surfeit of commentary and speculation on the possible outcome.  Even as I write, new rumors and reports appear.  One notion currently being floated is that Netanyahu would be elected president by the Knesset (Rivlin’s term is due to expire shortly); a snap Likud primary would then determine who would head the party. The entire dynamic would then be shifted, paving the way for a solid right-wing coalition.  I do not know if this is viable.  There are issues involving his upcoming trial that may get in the way. 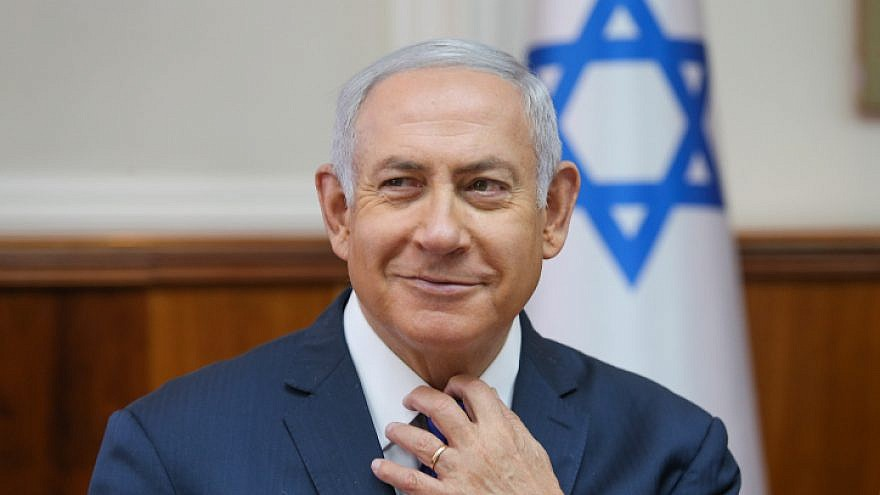