From Israel: “Infuriating and Deplorable!!”

Here we are, in the midst of Pesach, with the final day coming on Shabbat here in Israel, and also on Sunday, outside.  This is a time for learning the lessons of our people, for rejoicing in all that we have become since the Almighty brought us out of Egypt. 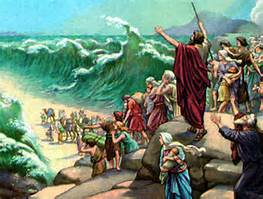 Credit: story from beyond

The Exodus was a miracle.  This is well understood: It is a lynch-pin of our faith.

But so is the modern State of Israel a miracle. Sadly, there are many – including many Jews – who fail to recognize that God’s hand is in this, as well. We are witnessing the Ingathering of the Exiles, the coming home of Jews from all over the world.  This is something that has never happened before in history. 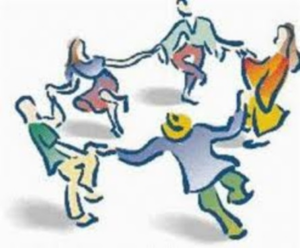 This is possible because, after two millennia, the Land that was promised to the Jewish People in our Torah is again in Jewish hands.  Pretty amazing.

The modern State of Israel was founded in 1948, and then, with the acquisition of Judea & Samaria in 1967, all of Israel was in Jewish hands. 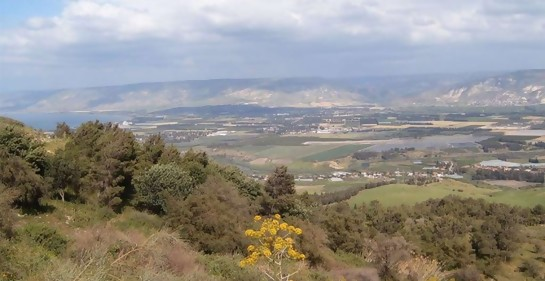 Various Israeli governments over the years, however, failed to fully lay claim to Judea & Samaria by applying sovereignty.  This was so because of a hope (which proved empty) of trading this land for peace with the Arabs. Or, regrettably, because there was fear of what the world would say.

Even very recently, when President Trump – the very first president to acknowledge that Israel has rights in Judea & Samaria – laid out a plan for dividing the area, Israel did not jump to apply sovereignty to even one square kilometer.  There was a window of time when that would have been possible within the 30% of the land the president allocated to Israel according to his plan.  That 30%, for the record, is not sufficient with regard to our rights, but it was an important step in the right direction.

Yet Prime Minister Netanyahu did not grab the opportunity. People think of him as right-wing, but he is not.  As you continue reading here, you will perceive how deeply this is the case.

The above is only theoretical, however, as Israel is losing control of large parts of Area C, the area where all Jewish communities in Judea & Samaria are located.

We have been hearing about this for some time from the NGO Regavim (https://www.regavim.org), which is devoted to protecting Israel’s rights to the land. They have been sending up the alarm with videos, and still photos, webinars and press releases: Illegal Arab building, funded by the EU, has been taking place in the part of Judea and Samaria designated by the Oslo Accords as Area C. There has also been land theft by Palestinian Arabs drawing on agricultural laws dating back to the time when Jordan controlled the area.

Now there is a powerful exposé from the NGO Ad Kan. (https://en.adkan.org.il/). This group was originally founded to combat lies told about Israel by so-called “human rights” organizations. They have worked covertly for years.

Ad Kan discovered that the EU “is pushing with all its might,” working to build a Palestinian state in contravention of the law and the agreements signed in the Oslo Accords. It uncovered “a well-oiled mechanism” in which the EU secretly provides money, people and legal knowledge to enact a plan to “isolate Israeli communities in Judea and Samaria and Jerusalem and establish a de facto terrorist state in the heart of Israel.”

Yisrael Ganz, head of the Binyamin Regional Council called the findings of the Ad Kan report a “national state of emergency.” The EU, he charged, is “fighting the Jewish people and the state of Israel with all its might…What the Europeans did 80 years ago, they are now continuing with huge funding and construction plans to overthrow the entire State of Israel.”

Titling this posting “Infuriating and Deplorable!!” hardly does justice to my response.

I am enraged, that our land should be at risk, that there should be illegal activity that threatens our rights, and which goes on more or less unabated.  Many, many more structures are put up illegally than those that have been taken down.

And I am ashamed, that we have erstwhile “leaders” who have turned a blind eye to this for whatever reasons. They have no right to play loose with our sacred heritage.  And yet that is what is happening, because backbone is needed and our government is lacking it.

The disgust and the anger are wide-spread in Israel: Everyone on the right I speak to feels the same way.  (I am not in touch with the people of the far left Meretz, who certainly have a different take.)

I had thought I was going to be writing about resolution of election issues.  But in the end I do not intend to write about these in detail.  The paramount issue for me is how the candidates for prime minister are responding to this exposé.

The Ad Kan report was issued the day after the election. But I am not hearing discussion about this by those who are embroiled in issues of who will join with whom in what coalition-forming agreement, and who will get to be prime minister.

As I write, Bennett is still deciding with whom to join forces (and that he is even discussing this with Lapid makes me crazy); Sa’ar is trying to represent himself as a hero because he won’t join a Netanyahu coalition (bully for him!); and Netanyahu is sweating it and trying in every way he can to make up the numbers – he is two mandates short.

Meanwhile Mansour Abbas is playing it to the hilt to see which candidate would give his Arab Islamic party Ra’am the most if he supported that candidate from the outside.

Not a pretty picture.

There is only one way for these guys to redeem themselves, to prove their worth as leaders: They must cry: “Our land is at risk!!” and they must agree that while they do not have great affection for each other, the country must come first. Thus they must come together in a strong, solid right-wing coalition in order to stand against those who would steal our land.  To be clear: I am referring to Bennett and Sa’ar, who will join with Netanyahu; Lapid, who aspires to a great deal, is not right-wing and has nothing to offer from where I sit. Netanyahu, for his part, must generate a spirit of good will in discussions about portfolio-sharing. He must be more a leader than a politician, a tough call for him.

Smotrich, who is eager to join a right-wing coalition and would be an enormous asset with regard to issues of protecting the land, is not part of this discussion, as he does not aspire to be prime minister.

I am not eager to see Netanyahu become prime minister again, his many strengths aside. He bears some responsibility for the current situation because of his penchant for driving people away over the years.  Were he different, those seeking to replace him might be supporting him.

But the numbers require that Netanyahu lead the way.  More voters, by far, voted for him than for anyone else. They still see him as best suited to run the country. Thus do I hope passionately that he can put together that right-wing coalition, enfolding the other right-wing parties to give him needed strength.

Undoubtedly, I will have more information, with some resolution, after Pesach.  We must leave for another day an examination of the EU’s motivation.