It’s natural, I think, to want to know what lies ahead.  But our tradition tells us that this knowledge lies in Heaven.

We pray that that the Almighty will keep us.  We pray for strength, and for the wisdom to hold fast to what matters in our lives.

I would be lying if I simply said the future was bright – and I doubt if any of you would believe it.  But neither is it all dark: There are unmistakable bright spots. 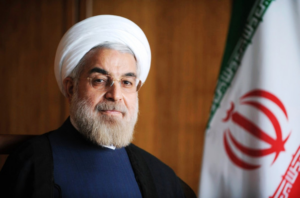 That concern is two-fold:  potential for development of nuclear weapons and support for terror organizations – primarily but not exclusively its proxy Hezbollah.

On both counts, we have Barack Obama to thank for the current mess.  For cutting Iran breathtaking slack and negotiating a “deal” that simply kicked the can down the road, making it possible for Iran to become a nuclear power in due course.  And for refusing to enfold into the deal any restrictions on supporting terrorism.

Since sanctions have been lifted as part of the deal, Iran has been able to invest ever more into terrorism.  One report says that with the unfreezing of $100 billion in assets two years ago, Iran has quadrupled its support to Hezbollah.

As I have indicated before, an obsession with defeating ISIS has sometimes overshadowed concern about Iran, which is an enemy of ISIS.

For Israel, a major issue has been the encroachment of Iran closer to the Golan Heights and our border with Syria.  There were reports that came out recently regarding a decision by the US and Russia jointly, as part of a ceasefire, to allow Iranian-associated forces to move within five miles of the Israeli border rather than the more stringent 12 miles that Israel had requested.

Israel, however, subsequently said that no specific demands were made.  Rather, what Prime Minister Netanyahu has done is to make clear that we will do what is needed for our own security.

He has said this repeatedly and forcefully.  And he means it.  I count this as part of the good news.

On September 7, Israel reportedly bombed a chemical weapons factory in the north-west of Syria near the Mediterranean. (“Reportedly”: Israel never officially confirms.)

The attack took place at night, with four warplanes in Lebanese airspace firing missiles at the site.

Some analysts believe that this particular bombing served in part as a message to both the US and Russia that we mean business.

According to a report that surfaced just days later:

“In light of Netanyahu’s vow that Israel was willing to act to prevent a continued Iranian military presence in Syria, a senior Russian official said Moscow was aware of Jerusalem’s concerns and would not allow Iran and Hezbollah to ‘go overboard’ in Syria.

“’If Iran and Hezbollah go overboard in their involvement in Syria, we will restrain them…

“’We are aware of Israel’s concerns…’” 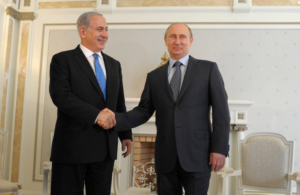 Last week the IDF concluded a massive two week-long military drill in the north of the country.  In planning for a year, it was designed to anticipate and prepare for all eventualities regarding an “extreme scenario” for war with Iranian-supported Hezbollah troops.

It involved “more than 25,000 active-duty and reserve forces from all service branches, combat disciplines and command echelons.” 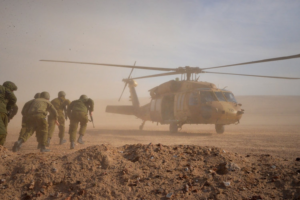 “We know our enemy. He’ll take advantage of launching against us up until the last day and the last minute of the war in order to serve his narrative. But we…will create our own narrative by facts on the ground. Next time around, we expect our victory picture to be very clear to all.” (Emphasis added)

And here I would like to add an additional word of encouragement.  In recent conversation with someone in the IDF in the know about preparations for war against Hezbollah, I found myself reassured.  “I sleep at night,” he told me, “and I don’t know everything that is being done.”

As to Iran’s capacity to become a nuclear power, we are now seeing a situation of heightened tensions that may yet lead to some critical – and positive – actions being taken.

Before he became president, Donald Trump spoke harshly about the agreement that Obama had engineered and seemed to indicate he would want the US to terminate the deal.

After he became president, however, his position became less clear.  Part of the problem, without question, has been voices from within a (very problematic) State Department counseling him not to cancel the deal – according to one credible report, to “play him for the fool.”  Some of the most anti-Iran players in the administration were also squeezed out.

We began to hear that Trump was more interested in retaining the deal and seeking to improve upon it (not that it’s very likely Iran would cooperate with any renegotiation).

I am convinced that Trump himself intuitively has it right, where the issues are concerned.  Now he seems to be coming into his own.  It is imperative that he do so. 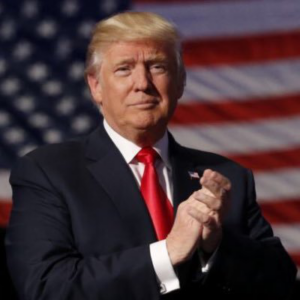 Last week the president renewed an exemption on sanctions on Iran, which means that as of this moment the deal is still alive.

But in October, he has to decide whether to re-certify the deal, as is required every 90 days: He must tell Congress whether Iran is living up to its part of the agreement.

It’s a farce, as it has been a farce from the beginning. For Iran will not permit inspection of its military sites. The International Atomic Energy Agency reports that it has not identified any violations of the agreement with Iran, but it is not doing inspections and prefers not to push the issue.  The fear is that if they do push it, and Iran refuses to cooperate, this will give President Trump an “excuse” to cancel the deal.

According to Haaretz, Israel has charged (emphasis added):

Carrying this one step further: Republicans on the Senate Intelligence Committee have classified information that they indicate would make it impossible for the president to re-certify.

Interestingly (this is a complicated scenario), according to Mark Dubowitz, executive director of the Foundation for Defense of Democracies, cited in the Weekly Standard, de-certification would not immediately cancel the deal if sanctions were not re-instated.  Rather this could serve as a warning to European allies that the deal must be fixed or else: “Everyone needs to understand that the U.S. is prepared to re-impose sanctions instead of giving Iran patient pathways to nuclear weapons and ICBMs.”

It would take a lot to convince the morally obtuse Europeans, who are counting the euros in their coffers as a result of trade with Iran.

“US President Donald Trump warned Monday that Washington will walk away from a nuclear deal it agreed to with Iran and five other nations if it deems that the International Atomic Energy Agency is not tough enough in monitoring it.

“The warning from Trump came in a message to the UN agency’s annual meeting, being held in Vienna, that was read by US Energy Secretary Rick Perry.”

Tough, sensible talk, very welcome and past due.

It is here that I leave the issue, having provided what I hope is important background.

Right now, all eyes are on the UN.  Today Prime Minister Netanyahu – who went straight to New York from a visit in Latin America – will be meeting with President Trump on the sidelines of the General Assembly. Netanyahu, who has consistently spoken against the deal, will be bringing Trump “concrete ideas” on how “to cancel or at the very least introduce significant changes” in the deal.

We, of course, will not be privy to whatever is said between the two leaders.  But what is significant here is this:  During the Obama administration, there was such animosity to Israel in the air that whatever our prime minister said fell on deaf ears. That is absolutely no longer the case.  While Trump and Netanyahu do not agree on everything, there is enormous mutual respect between the two men. Trump will at the very least listen.  This is good news. 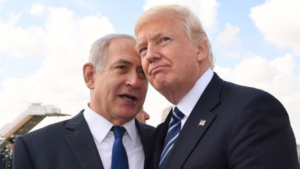 Both Netanyahu and Trump will be addressing the General Assembly tomorrow, but with Rosh Hashana imminent, I do not anticipate commenting on their speeches until after the holiday.

I will devote one sentence here to the fact that there are some changes apparent in the relationship between Hamas and the PA. I don’t trust any of it, and believe that current reports are worth little.  You might want to see more here:

Abbas will also be addressing the General Assembly.  But if you want to listen to his speech, be sure not to eat first.

Peace upon all of us!