From Israel: Heading Up

“From Israel: Heading Up”

This is the first posting transmitted via my new domain name, may it serve me well for many years! I am transitioning to a new blog, and it is not complete yet.  Hopefully there will be no glitches in this posting, but I trust you to overlook them if there are.  At this point in the process, what you have received is a link to my posting on my blog, not an email posting.

The blog itself is still under construction, but I will ultimately have a greatly enhanced ability to send out my posts without aggravation.

Please! I ask you not to write to comment on this transition. I am swimming in emails. I know my readers wish me well. I will let you know when the blog construction is complete.

Today I want to do some catch-up. Because of my transmission problems, I haven’t posted since before President Trump’s inauguration. 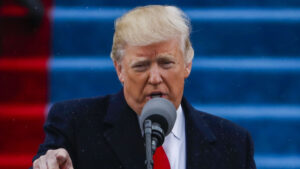 Nothing is ever perfect (and we should face the fact that we probably won’t be happy about everything), but I am confident that the president is going to accomplish much that is quite positive.

I am hardly alone in this expectation. My friends and I celebrated with a party (Thursday night, pre-inauguration, because of Shabbat). Everyone was upbeat. 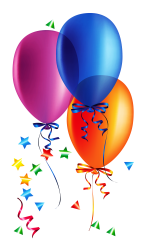 Now that he is president, the first order of business for Donald Trump is accomplishing good things for America. Obama ran the country down on multiple fronts, and I see genuine promise of improvement now – in healthcare, employment levels, etc. Trump is a businessman who focuses on getting things done.

In particular, I am genuinely hopeful that President Trump will address the horrendous situation in America’s inner cities.

I have not seen nearly as much discussion about this as I think there should have been: Obama – who touted himself as the first black president and played the race card every chance he got – totally abandoned black Americans, and in particular those struggling in the inner cities.

I’ve seen the statistics: on a whole host of parameters – percentage of inner city babies born to single black mothers on welfare, percentage of young black men in prison, rate of black inner city unemployment, etc. – numbers are significantly higher than they were eight years ago.

During the campaign, Trump addressed the issue of the inner cities, and brought forth a plan that includes educational opportunities, employment, law enforcement, and much more. If he achieves a fraction of what he says he will do, it will be a considerable blessing for the residents of those inner cities, and for America.

Before I turn to Trump and Israel, there is one other subject I cannot fail to mention: The obscene sideshow that was passed off as “protest” against Trump’s inauguration.

It came in two parts. First the “demonstrations” on Inauguration Day and following, which in some cases segued into violence. Breaking storefront windows and starting fires is a great way to demonstrate discontent with a man who was lawfully elected president.

The next day, the women’s march on Washington was also deeply troubling. I would share a link to a short video of Madonna’s speech to the crowds during the event, except for the fact that I don’t do obscenities and every third word out of her mouth was an obscenity. 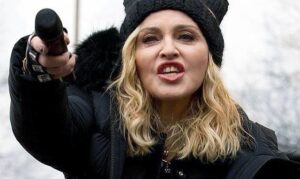 Worse, she confided to the crowd that she had many times considered blowing up the White House, but realized it wouldn’t help.

Madonna is Madonna. She thrives on being provocative (with provocation that borders on incitement, apparently). But what about the crowd that cheered her? They are so taken with their perception of themselves as righteous that they fail to grasp how they have demeaned themselves. This situation is both pathetic and contemptible.

Linda Sarsour, a major organizer of the women’s event, is a defender of Sharia law. 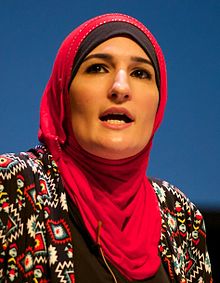 Among her “credits”: involvement with groups that have connections to Hamas and Muslim Brotherhood. She tweeted in defense of Saudi Arabia: They give ten weeks paid maternity leave. “And ur worried about women driving.”

This is someone “feminists” are proud to be associated with?

I’ve seen it again and again. Those women who profess to be for women’s rights turn a blind eye to the deplorable lack of such rights for women in Arab Muslim countries.

Needless to say, Sarsour is solidly pro “Palestinian rights.” (It’s an automatic connection that is made these days: if you are for women’s rights, you must be for the rights of the poor suffering Palestinian Arabs as well. And I mean must. A host of Jewish “feminists” shamefully and mindlessly buy into it.)

Steve Emerson provided this quote from Sarsour: “Nothing is creepier than Zionism.”

All of this makes me cheer even louder that it was Trump who won the election. Hillary tweeted that the event brought her “joy,” and somewhere I read about how she celebrated the values these women represented.

As to Trump and Israel: We have a friend. I do not doubt this. The evidence is solid both with regard to statements and actions at this early stage:

I mentioned in my last post that “settlers” – leaders of communities in Judea and Samaria – were invited to the inauguration. This was a first, and made a clear statement.

While he was in Washington, Yossi Dagan, the head of the Samaria Regional Council, met with Trump foreign policy advisor George Papadopoulos (pictured below). 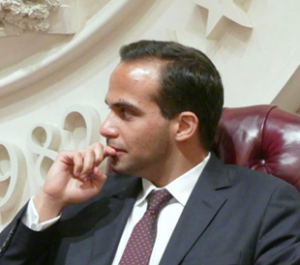 “We are looking forward to ushering in a new relationship between the United States and all of Israel, including the historical Judea and Samaria.”

David Friedman, Trump’s choice as US ambassador to Israel, has announced that he will live and work in Jerusalem. (He already has an apartment in the capital.) Friedman is not a two-state advocate. 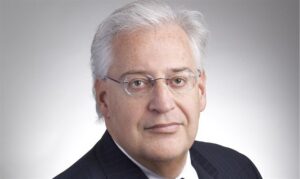 It is being reported that Anthony Scaramucci, who serves as advisor to President Trump, will be meeting in New York with Mort Klein, president of ZOA, a right wing organization.

Alluding to administrative officials with whom he has already spoken, Klein said:

“They have told me that they realize that ZOA is the Jewish organization that most promotes and reflects their views about the Arab-Islamic war against Israel.”

That is both amazing and fantastic. ZOA is often shunned in liberal circles for taking a strong stance on Israel’s rights. And now this group will be the first Jewish organization with which Trump’s people formally engage.

Quite a line-up, then, of evidence that the new resident of the White House is going to be a friend. But we still await specifics.

While a tone has been set, Trump has yet to formulate policy on a number of issues that impinge upon Israel, including the matter of promoting “two-state” negotiations. One of the more foolish things he has said is that he would like to send his son-in-law, Jared Kushner, to oversee negotiations here. If Jared can’t do it, no one can, he declared. Come on!

I am not afraid that Israel would be squeezed. Trump has already said that part of the reason negotiations have not been successful is because the Palestinians have been given too much. (A statement that must have must have generated severe anxiety attacks among the Palestinian Arabs.)

Jared seems like a good guy (and no, he is not a relative). It would be a shame to inadvertently set him up for failure. There is no deal to be made.

And then, sigh, there is the question of moving the US embassy to Jerusalem. Trump had promised this. But now? We have not heard that he will not do it, but neither are we hearing with certainty that he will. His press secretary, Sean Spicer, spoke about the fact that discussions on the subject are just beginning.  And Trump advisor Rudy Giuliani has now said that Trump still wants to do it, but has many factors to consider.

In point of fact, we will be part way there already if the US ambassador indeed lives and works in Jerusalem. And there are other things that can be done that would make a statement about US recognition that Jerusalem is Israel’s capital.   And so it would not be a diplomatic crisis if the embassy building were not moved.

And yet, there is one reason why it feels important to me that this should happen: Because the Arabs are threatening violence if it does. Of course, this is precisely why Trump might be hesitating: so as not to begin by generating a violent situation (or making Netanyahu uneasy about the possibility of increased violence– something I will come back to).

But I am weary over the top of my head with the ability of the Arabs to control situations with that threat.

Israel’s High Court ruled some time ago that Jews can pray on Har Habayit. Except. Except if the police consider it a security risk. Well… that gave the Arabs control. They threaten riots, which the police do not want to deal with, and so Jews are deprived of their rights and told they cannot pray.

I have long thought that a battalion of our soldiers should be sent up to the Mount, to surround and protect Jews who are praying. But it is not played that way.

Should the Trump administration begin by establishing a precedent of appeasement? Could the Americans not make the announcement and then caution the Palestinian Arabs that they will be watched closely, with repercussions in terms of reduced support if there is incitement to violence on the issue?

Or couldn’t the Trump administration publicly and rhetorically ask the Palestinian Arabs why they object to an embassy to Israel in western Jerusalem when, according to their own public position, that part of Jerusalem would be Israeli even if there were a two state solution?

Quiet caving is not the way to go.

There is a great deal to say about Israel’s response to this changed and encouraging situation. So much is this the case that I want to table it for my next post.

In the end, I think we will be headed in a good direction.

But there is much angst, and much division of opinion right now. Every day seems to bring a shift in the internal politics.

And so, stay tuned…

This material is transmitted by Arlene only to persons who have requested it or agreed to receive it.