I believe I may be ready now to get back on track in terms of regular postings.

And I’m going to start this one with some good news, as has been my habit.

It was heartening when the almond trees began to flower a couple of weeks ago.  These trees are the earliest to bloom and a harbinger of spring.  They are ubiquitous here in Israel and show up in various places in my Jerusalem neighborhood.  And today, spring is in the air.

We must find “happy” wherever we can. 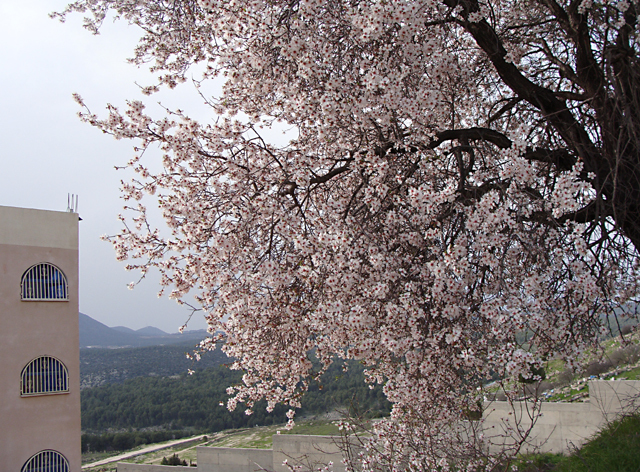 Especially is this the case now that the month of Adar has come in, with Purim not far behind.  When Adar comes in, we are told, joy increases.

They will replace four outgoing judges: Justices Naor, Rubinstein, Jubran and Zilbertal – out of the 15 justices on the Court.  The four are all approaching retirement age.

This is without a doubt a victory, as the new judges are seen as having a more conservative bent and are expected to be less inclined to play an activist role, over-riding Knesset legislation.

As many of my readers are aware, the activist nature of the Court has been problematic: many times Knesset legislation that represents the will of the electorate has been overturned by a left-leaning court.  The balance of power is badly askew.

The appointments were achieved via the efforts of Minister of Justice Ayelet Shaked (pictured), working with a reluctant Supreme Court Chief Justice Miriam Naor. 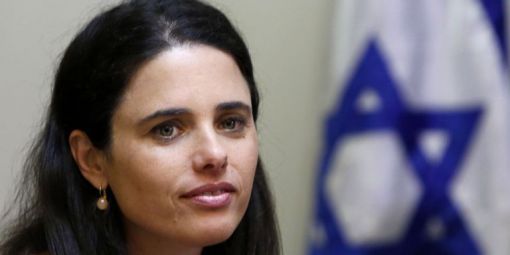 Great credit goes to Shaked for this accomplishment.  When the announcement was made, she declared:

“[This is] an historic day… the flagship boat of our judicial system changed its direction tonight.”

There are some who are ecstatic about what has been achieved.  Education Minister Naftali Bennett exulted that the achievement was “unbelievable” and represented a real revolution. But others caution that – while this is clearly a step in the right direction – we should not expect a judicial revolution.  Not yet.

There is still talk of establishing new rules for how the Judicial Selection Committee functions.  The specter of this is what convinced Naor to compromise in ways she otherwise would not have.

The Selection Committee consists of:

— The Justice Minister, who serves as chair, a Cabinet minister chosen by the Cabinet and two Knesset members chosen by the Knesset – who together form a voting bloc

— Two members of the Bar Association – who constitute a second bloc

As current legislation requires that seven of the nine members of the committee approve appointment of new members to the Supreme Court, the three justices functioning as a bloc have veto power.

What Shaked has been proposing is legislation that would require only a simple majority of the committee for appointment of Supreme Court justices. This would remove the veto power of the justices on the committee.

It has been announced that the partners of the Leviathan gas reservoir – Houston-based Noble Energy, subsidiaries of the Israeli conglomerate Delek Group, and the Israeli Ratio Oil Exploration – will be investing $3.75 billion in its development.

This represents the single largest energy project and financial investment in Israel in the country’s history.

The reservoir, which is 130 km west of Haifa in the Mediterranean, is expected to take three years to develop.  Gas flowing from the Leviathan will boost Israel’s energy supplies, providing energy self-sufficiency, and will be sufficient to export as well. 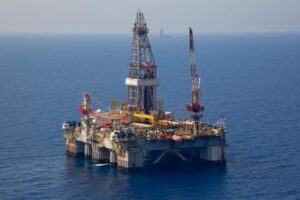 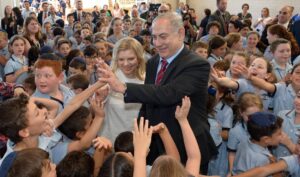 I don’t know that I would call this “good” news, but it seems to me the best that could have been expected after he had been convicted; the Court was not about to say he was guilty and should just go home.

The prosecution had asked for three to five years.

The Court took some pains to describe the special circumstances of this case:  it was reported that Azariya had an excellent military record prior to this event, and that it had been taken into consideration that he might be able to return to a normal life after a short prison sentence.  (I fervently hope so.)

Other mitigating circumstances that were factored into the sentencing were mentioned as well: the chaos of the environment, the fact that this was Azariya’s first experience in such a situation and that his commander did not visit him subsequent to his being charged – which would have been expected.  His sense of trauma was also referred to.

As part of the sentence, Azariya was demoted from Sgt. to Pvt.

I was glad that head Judge Col. Maya Heller called to task Moshe Ya’alon, who was then Defense Minister and spoke out prematurely on the situation:  “Labelling the defendant’s actions as things that damage the IDF’s values even before the conclusion of the investigation could have caused harm. The defense minister and others began making comments while the investigation was just starting…”

At the request of the defense team, the Court is permitting a two-week delay before the prison sentence will begin, to allow time for an appeal to be filed.  The Military Court of Appeals might suspend the sentence until the appeal process is complete – but this is not a certainty.

From many quarters there are calls for Azariya to be pardoned if the appeal is not successful.  Azariya could ask IDF Chief of Staff Lt.-Gen. Gadi Eisenkot for a pardon, and if he refuses, he could then ask Defense Minister Avigdor Lieberman to recommend to President Rubi Rivlin that he issue a pardon.  Rivlin has apparently said he won’t consider this until after an appeal process is completed.

“The security of the citizens of Israel requires an immediate pardon for Elor Azaria, who was sent to protect us. The process was tainted from its foundation. It is forbidden for Elor to sit in jail because we will all pay the price.” (Emphasis added)

What he is referring to is fear instilled in IDF soldiers that they too might go to prison if they err in their judgment, and that this fear might inhibit them from acting when they should.

“…the court said its piece, the legal process is done. Now is the time for clemency, to return Elor to his home.” (Emphasis added)

Prime Minister Netanyahu has joined his voice with others in calling for a pardon:

“I am still in favor of pardoning Private Azaria,” he said.

He explained that the “problem” was not with the sentence, but with the “circumstances” that led to the incident: he remarked in particular on the importance of considering the challenging circumstances young soldiers face, especially during a wave of terrorism, and the difficult decisions they must make.

“Soldiers in dangerous situations could be deterred [from acting out of fear that they could be prosecuted], and therefore there must be understanding and progress toward a pardon.” (Emphasis added)

Netanyahu was in Australia when he made this statement; he was there for a five day state visit, which has just ended.  This marked the first time that a sitting Israeli prime minister had visited the country, and he expressed considerable enthusiasm about the experience.

A special highlight was the interaction of Bibi and Sara with vastly eager primary students at the at the Moriah College Jewish day school in Sydney.  Not quite the stuff of higher diplomacy, perhaps, but a moment to be treasured.

And there were some concrete achievements, as he and Prime Minister Malcolm Turnbull, who had received him graciously, agreed to strengthen ties; several bilateral agreements and memoranda of understanding enhancing cooperation were signed.

Netanyahu urged the Aussies to take a tough stand on Iran.  This subject is always on his agenda.

And he invited Turnbull to visit Israel at the earliest possible time.

There were some tense moments as well, however. Supporters of Palestinian Arabs demonstrated against Netanyahu, and the Australian National Imams Council released a statement accusing Israel of committing brutalities against Palestinians.

For me, the outstanding moment of the visit is this:

A joint declaration was issued on behalf of Turnbull and Netanyahu.  It read (emphasis added):

“Both countries re-stated their support for a directly negotiated peace between Israel and the Palestinians. Australia affirmed its support for a two-state solution.”

How about that?  Netanyahu declined to endorse that “two-state solution.”

As I began on an upbeat note, so will I close on one.  The video clip below is almost two weeks old, but it is still making news and is very worth sharing.  This is US Ambassador to the UN Nikki Haley, in a press conference, after attending her first meeting of the Security Council.

See it and rejoice.  Ambassador Haley’s statement is in the first four-plus minutes of the video.  (Yes, she mentions “two-states” during questions, but she hedges it – there are no demands.)