From Israel: Facing Down the Obscenities

I have selected the term “obscenities” mindfully: in the sense of demonstrating a “crass disregard of moral or ethical principles.”  It is important to deal with them, so that we can move on to a better place.

We begin with what is going on at the Gaza fence.  It seems that a good part of the world remains unconvinced of the evil that is taking place there – the threat to Israel.  The activities are couched as a “peaceful demonstration by innocents.”

To put this issue to rest, I want to share an incredible Pierre Rehov video, shot behind the fence.  Please, see it, and then it is important to share it broadly. It makes the case better than words.

https://www.youtube.com/watch?v=fbIZmd8hKAQ
~~~~~~~~~~
Before turning to other subjects, I share this, as well:

The “innocent” Arabs behind the fence have been flying firebomb kites over the fence into Israeli territory.  There have been several fires, which are a danger to life and have already destroyed over 200 acres of farmland belonging to Moshavei HaNegev – an agricultural cooperative. 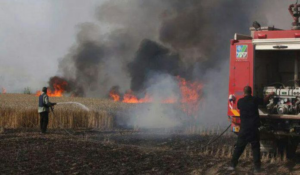 They undoubtedly think they are clever, and we must expose them in all their vileness.
~~~~~~~~~~
There is another obscenity to be dealt with.  But in this case, the world does not need convincing: Mahmoud Abbas has exposed himself.

On Monday, in Ramallah, at a session of the Palestinian National Council, which meets only rarely, Abbas gave a rambling “history lesson.”

The Holocaust, he declared, was not the result of anti-Semitism, but the behavior of the Jews:  “social behavior, [charging] interest, and financial matters.” 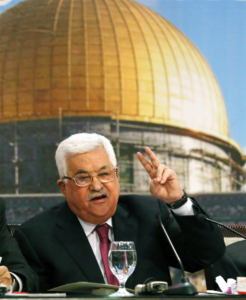 This is classic anti-Semitism and met with harsh criticism from many quarters, including the EU.  An interesting experience: to see pro-PA countries declaring his words to be unacceptable.  We have always known what hatred is in his heart, but good for it to be out there.

Condemnation came from a number of sources, including Germany, France, Britain, Canada, Sweden and Lithuania; even the head of UNESCO.
~~~~~~~~~~
My first thought was that this makes it harder for the EU and associated nations to push the “two-state solution” on us, as it is clear we have no partner for peace.

Incredibly, even the New York Times concurred on this, saying in an editorial, that, “Feeding reprehensible anti-Semitic myths and conspiracy theories in a speech on Monday, the Palestinian Authority president, Mahmoud Abbas, shed all credibility as a trustworthy partner…” (Emphasis added).

The Times would resolve this by showing Abbas the door and replacing him with “a leader with energy, integrity and vision.”

Why the Times imagines that there is within the PLO councils a leader of integrity, without hatred in his heart, who might replace Abbas is not clear to me.
~~~~~~~~~~
I note that a spokesman for the EU’s diplomatic service said, “Such rhetoric will only play into the hands of those who do not want a two-state solution.”

This is being willfully obtuse.  It’s not that a genuine “peace deal” with a man who speaks this way is clearly impossible for Israel. What this suggests, rather, is that we will “use” this as an excuse to avoid the deal.  And if Abbas wants a deal (he doesn’t) he should avoid saying such things. 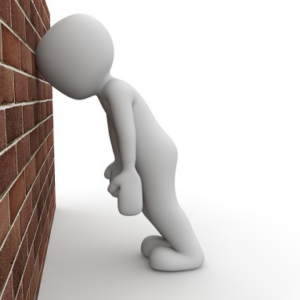 https://www.timesofisrael.com/germany-slams-abbas-for-anti-semitic-remarks-eu-calls-his-speech-unacceptable/
~~~~~~~~~~
Abbas said a great deal more, as well.  That Israel is a European colonialist enterprise, for example. But he is so totally lacking in credibility that there is little purpose in belaboring this.
~~~~~~~~~~
At this point, I wish to turn back to the entire matter of Netanyahu’s incredible exposé of Iranian intentions and what the responses have been.

I confess to being a bit startled (naïve, I suppose) at the defensive and irrational take offered by those set on preserving that Iran deal at all costs.
~~~~~~~~~~
Here I cite extensively from a piece by Times of Israel editor David Horovitz, who makes his points incisively (emphasis added):

“The largely derisive response in most international quarters to Prime Minister Benjamin Netanyahu’s avalanche of evidence of Iran’s nuclear weapons program on Monday night, notably from among the nations that negotiated the 2015 nuclear capitulation to Iran, merely underlines their incompetence, their failure, their disingenuousness, and the gravity of the ongoing Iranian threat that they so reprehensibly failed to defuse.

“…Netanyahu did not seek to claim that Israel had attained smoking gun evidence that Iran has breached the terms of the P5+1’s 2015 agreement with the ayatollahs. The critics sneering at his ostensible failure to produce a post-2015 smoking gun are — most deliberately, as is their wont — missing the point.

“Israel does not contend that Iran is breaching the specific terms of that radically inadequate accord. Quite the contrary.

“It is Israel’s deeply unhappy assessment that the deal is so negligent, so misconceived, so badly constructed, that the Iranians have no need whatsoever to breach it.

“Why, after all, would they violate the terms of an agreement that, while ostensibly designed to ensure they cannot achieve a nuclear weapons arsenal, nonetheless entitles them to continue research and development of centrifuges to enrich uranium so that when the deal’s terms expire, they will have mastered an enrichment process 10 times faster than the process they had managed before the deal came into force?

“Why would they violate the terms of an agreement that does not prevent them from continuing to develop their ballistic missile program — the means of delivery for their anticipated nuclear devices — to bring Europe and the United States into range?

“Why would they violate the terms of an agreement that left significant parts of their nuclear program intact?

“Why would they violate the terms of an agreement that enables them to evade anytime/anywhere inspections of facilities suspected of engaging in rogue nuclear-related activity?

“…And why, finally, would they violate the terms of an agreement whose ‘sunset clauses’ mean they need merely wait a few years before resuming their march to the bomb?

“…No, Israel’s contention is not that Iran is breaching the deal. It is, rather, that this agreement, far from preventing Iran from attaining a nuclear weapons arsenal, paves Iran’s path to it.

“And what that haul of Iran’s own documentation conclusively demonstrated is that this is precisely what Iran intends to do. Compelled to freeze the program in 2003, Iran is merely biding its time before resuming nuclear weapons-related activities, empowered by the R&D progress it is being allowed to make under the terms of the accord.” 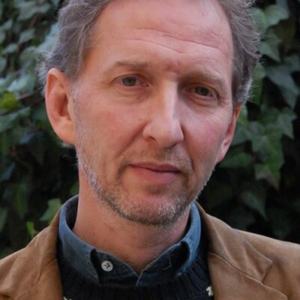 ~~~~~~~~~~
I will note here, in passing, that there are analysts who believe that the material uncovered by the Mossad does put Iran in violation of the agreement – for example, because it denied the existence of the program it had hidden away.

The problem with this track is that too many countries won’t accept this.
~~~~~~~~~~
It goes without saying – whatever the bravado of Iran’s current rhetoric – that they have to be beyond mortified at our prime minister’s exposure of their documents and the fact that the Mossad was able to acquire them.

Add to this the fact that US officials are now saying (no surprise) that Israel was responsible for the recent attack on the Syrian base occupied by Iran’s 47th Brigade of the Revolutionary Guard. It is said that Israeli F-15s targeted this base outside of Hama because Iran had recently delivered weapons there, including surface-to-air missiles. Two-hundred missiles were destroyed in this attack.

https://www.ynetnews.com/articles/0,7340,L-5248205,00.html
~~~~~~~~~~
In light of all of this, the logical expectation would be that Iran must be planning retaliation of enormous dimensions.  And while I am always cautious in this regard, indicating that we don’t know what will happen and must stay forever on guard (there are certainly predictions that war is imminent), I will reiterate here what I’ve said before:

I continue to read about the numerous constraints on Iran that lead to a reluctance to take on Israel.  Among those constraints is a weak air force with aging planes.

Iranian leadership is also struggling with increased unrest within the population – unrest of serious dimensions now. This has been fueled by a drought of several seasons and a water shortage.  The Iranian government has not focused on the needs of the people, and may yet pay the ultimate price for this.

“In each country, in different ways, a water crisis has triggered some combination of civil unrest, mass migration, insurgency or even full-scale war.

“Iran is the latest example of a country where a water crisis, long in the making, has fed popular discontent.”

Now, as we head towards Shabbat, I wish only to express my optimism for the future.  We have some very hopeful days ahead.