From Israel: “Critical: Rise Up to Meet Them!”

Our many challenges, that is.  It is so easy to ignore them, or minimize them.  But we do not have the luxury of doing this. We must confront our problems head on, to ensure that we come out ahead.

Among our serious challenges are the internal ones: So much energy is expended in domestic tensions, which drain us.  We need to find ways to work together, even within a range of differences, in order to meet what faces us from the outside. 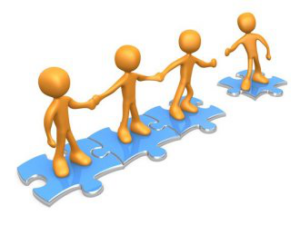 Most assuredly, however, everything is not dark, and I want to begin with blessings, sources of Israeli pride.  These empower us, and unite us.  No one argues about the good stuff.  We are not only innovative, we save lives:

“Save a Child’s Heart,” at the Wolfson Medical Center in Holon, has just celebrated the milestone of having treated 5,000 children, brought to the hospital from 60 different countries.

The medical work is carried out by some 100 Wolfson doctors and nurses, who offer their time and experience without charge.

The 5,000th patient was one-year old Fatma Haji from Zanzibar. 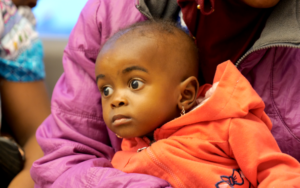 Says SACH Executive Director Simon Fisher:  “I believe Save a Child’s Heart represents Israel at its best…If there’s a child we can help, then we’ll help…”

The firm Watergen, based in Rishon Letzion, has developed an atmospheric water generator that can pull water from the air and purify it for drinking.  In a humid atmosphere, one of its models can produce up to 900 liters of water a day, requiring only electricity. It is being utilized in many places in the world where fresh drinking water is not available, but nowhere more than in Africa.

Mostly recently, I read about the use of the Watergen in Sierra Leona, where half the population lacks clean drinking water. The GEN350 machine was installed in a girls’ school: 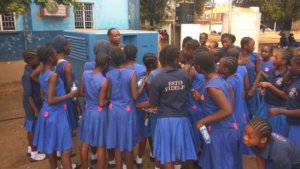 It has been confirmed that it was the Mossad that provided information to British intelligence about Hezbollah’s production plants on the outskirts of London in 2015.  Thousands of packages containing three tons of ammonium nitrate, used to make bombs, were buried in the factories. Hezbollah then moved their manufacturing to other countries, but have been exposed by the Mossad again.

What Israel is doing in confronting Iran and its proxies is a holding action – one of critical importance, but not a final resolution with regard to the menace Iran presents.

The mullahs have now followed through on threats to accelerate the production of enriched uranium, and for the first time, the head of the IAEA confesses that he is concerned.  Olli Heinonen, former deputy director-general for IAEA Safeguards, says Iran may be hiding as many as five clandestine underground nuclear sites.

It is the importance of this issue that makes me so enormously impatient with the nonsense of the political infighting here.

No one, and I mean no one, has been more consistently resolute with regard to pushing back on Iranian threats than Prime Minister Netanyahu. 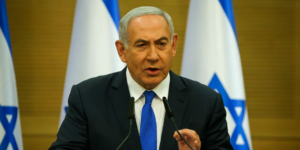 He challenged Iran when no one was taking him seriously, and continues to do so today.  As I have written many times, when he says he will not permit Iran to go nuclear, he means it.  I am reading that if we have to take on Iran militarily (hopefully this will not be necessary), we can do it.  And, thank Heaven, today we have the support of an American president who understands and is with us.

The IDF will “continue to act to thwart Hezbollah’s efforts to threaten our security, covertly and openly, and if war is forced upon us we will exact a heavy price from this organization and those who sponsor it – wherever it is required!” (Emphasis added)

“The chain of tests that we are dealing with is unending. We respond vigorously and with force to all attacks against us; however, we do not take action only after the fact. We deny the enemy’s capabilities before the fact. We are acting methodically and consistently to prevent our enemies from establishing offensive bases against us in our vicinity.”

The prime minister’s comments followed the launching by Israel last night of several missiles into the Daraa region of southern Syria, a strategic site that overlooks the Golan.

On a different track, we are also showing initiative in taking action against anti-Israel elements.

Strategic Affairs Minister Gilad Erdan has announced that 30 financial accounts associated with BDS-promoting NGOs have been shut down. The closures have “significantly curtailed the influx of funds” received by these organizations.

“For years, boycott promoters have disguised themselves as ‘human rights activists’…raising tens of millions of euros from Western countries and citizens who thought they were contributing to causes supporting justice and equality. Over time though, we have revealed that the supposed ‘human rights’ NGOs are, in reality, filled with Anti-Semitic operatives with deep ties to terrorist groups fixated on destroying the State of Israel.” 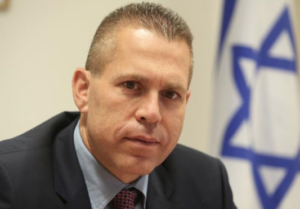 Netanyahu has chosen Erdan as ambassador to the UN to replace Danny Danon (Likud), whose term is ending.  While he has not yet formally accepted, it is broadly expected that he will.

We should keep an eye on Danon, regarding what role he will now play. He has enhanced his reputation during his time at the UN, and has significant political aspirations. 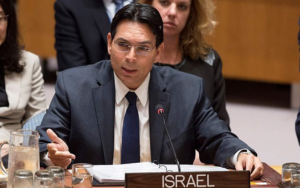 When the coalition is comprised of a number of small parties in addition to Likud, as is fairly inevitable, each of those parties demands significant portfolios.  Typically, members of the Likud list have felt “short changed,” because less is available to them.  My sense of it is that Netanyahu now intends to more vigorously retain the strategic appointments for Likud.

Among those being mentioned with regard to a portfolio is Tzipi Hotoveley (Likud), who has been serving as Deputy Foreign Minister.  (Yisrael Katz  of Likud was recently appointed Foreign Minister.)  A Netanyahu loyalist who has been very quiet of late, she has solid right wing credentials. 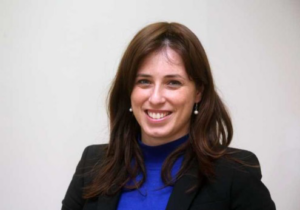 Ayelet Shaked (The New Right), although very popular, is another story.  She has declared intention to run in this coming election and expresses hope of eventually returning to the Justice Ministry.  Now she reportedly says that she and Bennet, as The New Right, should join the coalition of the Union of Right Wing Parties, and then she should head the whole thing because she will draw the most votes.

She might be correct, but it is very difficult to imagine that other members of the Union will embrace her suggestion: when she and Bennett bolted Bayit Yehudi (Jewish Home), they weakened the party. All the more is there likely to be unease with her because apparently she sees this as a stepping stone to inclusion in a post-Netanyahu Likud, clearly looking to move to the top there some day.

It would be unfortunate, however, if the various factions did not make room for The New Right within the Union: Today there were reports of tensions escalating between Bennett and Bayit Yehudi.

Meanwhile, Netanyahu is holding meetings with Rafi Peretz and Bezalel Smotrich, heads, respectively, of the Bayit Yehudi and National Union factions of the Union, with regard to their roles.  Reports are that the tone is positive.

Above I expressed pleasure with the work of the Ministry of Strategic Affairs in shutting down funding for NGOs involved in BDS.  But we still have a long way to go:

Omar Barghouti (of the vile, terrorist Barghouti family) was born in Cairo, but has Israeli residency by virtue of having married an Arab Israeli.  He is the founder and chair of the BDS movement, and yet lives in Israel and receives Israeli perks.

MK Kathrin Shitrit (Likud) has written to Aryeh Deri, Minister of the Interior, and Gilad Erdan in his role as Minister of Internal Security, and asked that Barghouti’s residency rights be revoked. She pointed out that recently the US refused Barghouti a visa:

It has made the news big time that recently US Ambassador to Israel David Friedman, in an interview with the NY Times, said, “Under certain circumstances, I think Israel has the right to retain some, but likely not all, of the West Bank [Judea and Samaria].”

What a furor this has caused, in the media and in the public sphere.  Much more was made of it than what Friedman actually said. He referred to “right to retain,” but did not specifically speak of applying sovereignty or annexing, nor did he say anything about “unilateral” actions.

I will return to this issue, in its various legal and semantic ramifications. There is much that is not well understood but I cannot possibly do justice to it now.

Here I simply want to mention it, and to note that it has sent the Palestinian Arabs into apoplexy. Although the US government has not criticized Friedman or instructed any sort of retraction, there are calls for Trump to fire him.  And Hamas is “dedicating” its Friday demonstrations at the fence to a protest against Friedman’s words.

The incendiary balloons have not stopped, and there have been reports of one fire after another. Today alone there were six, and yesterday there were seven. What is worse, there was an explosive balloon that detonated in the Eshkol region.

This is the “informal ceasefire” we keep reading about.  Now the IDF has moved the fishing zone all the way back to six nautical miles.

I hate to hurt my head, but I may need to bang it against the wall soon.

OK, no taking down Hamas now. No ground war. But something tougher than moving the limit on the fishing zone, please!  I reiterate my conviction that the Trump plan plays into this.

And speaking of the Trump plan…

To my surprise, Jordan, Egypt and Morocco have agreed to attend the Bahrain economic conference on June 25 -26, joining Saudi Arabia and other Gulf states. The PA, which is boycotting it, considers these states to be “traitors.” PLO official Saeb Erekat is pleading with them not to sell out the Palestinian cause for their gain.

Something else the PA is unhappy about:

The government of Moldovia has formally announced it will move its embassy to Jerusalem.

This would be the first European country to have its embassy in our capital.