I will not begin with the good news today.  Sometimes it is inappropriate.

The young man you see here – Tuvia Yanai Weissman – is dead. Murdered by terrorists late in the day on Thursday.

Twenty-one years old, he was a combat sergeant in the Nahal Brigade and lived in Ma’ale Mikhmas, north of Jerusalem, in the Binyamin region of Shomron.

Weissman was off duty on Thursday, and was not carrying a gun.  He was in the Rami Levi supermarket in Sha’ar Binyamin with his wife, Yael, and their four-month old daughter, Netta, shopping. When heard the commotion in another aisle because a terrorist was attacking; he ran to help. And gave his life for it. 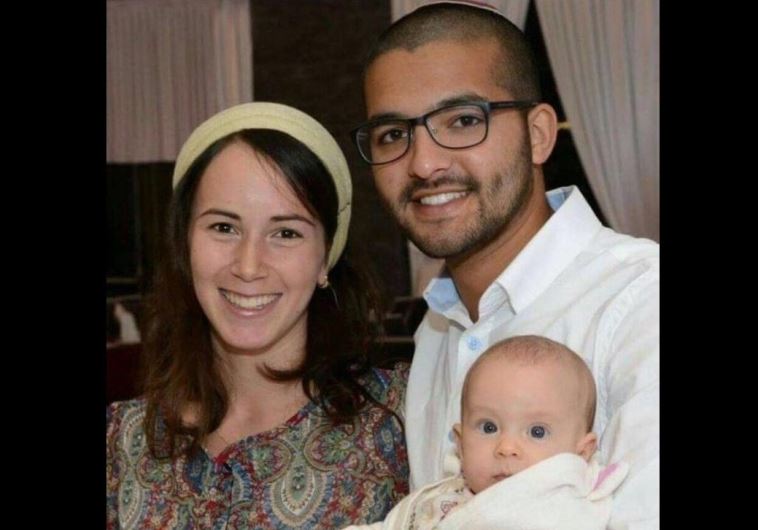 An obscenity, that yet another precious and innocent Jewish life has been taken.  And that other innocent Jews are now mourning. This time, what I felt, beyond all else, was fury.

At the funeral, held at the military cemetery at Har Herzl on Friday, Yael, in a tear-filled voice, stood by his fresh grave and addressed her husband:

“You were always full of endless giving, if you hadn’t run there [to stop the terrorists] you wouldn’t be the Yanai that I know and fell in love with….Yanai you are a true hero of all the nation of Israel, you knew that you had no weapon and nevertheless you ran. I want to thank you, I merited to learn from a talented and special man.”

And so I am also in awe – of this young man who ran to help.  And of the courage of his young wife. Another shopper, who was wounded by the terrorists, has been released from the hospital.  The two stabbing terrorists were, once again, teenagers. They were shot by an armed bystander, and are now hospitalized.

And there is another, related, reason for my fury.  It is not called for, it is in fact highly inappropriate, for us to respond to international criticism about our handling of the on-going terrorist onslaught – much of which is promoted by the PA – by running to demonstrate how “kind” or “sensitive” we can be to terrorists.  And those I fault for their positions on this matter are the very ones who are supposed to be our military leaders.

First it was Chief of Staff Gadi Eizenkot, who, in addressing high school students last Wednesday, spoke about how IDF soldiers should never use more force than necessary:

“When there is a 13-year-old girl holding scissors or a knife, and there is a barrier between her and the soldiers, I wouldn’t want a soldier to open fire and empty a magazine into a girl like that, even if she commits a very serious act.”

It was an angry Internal Security Minister Gilad Erdan who responded on Friday to Eizenkot’s comment:

“One thing was missing in the storm over the Chief of Staff’s comments about not needing to empty a magazine into a 13-year-old female youth with scissors: no one noted that it never happened.” (emphasis added)

Erdan was hardly the only one who was angry.  Transportation Minister Yisrael Katz (Likud), for example, observed, “I hope that the Chief of Staff’s statements condemning automatic fire were not mistakenly interpreted and caused hesitation and an endangerment of life.” (emphasis added)

This is very much to the point here. The IDF is the most ethical army in the world, and the rules of engagement are stringent to avoid unnecessary loss of life. There has actually been criticism that we are too careful, thus putting our soldiers at unnecessary risk.

It obviously cannot have escaped General Eizenkot’s notice that some of the Arab teenage terrorists our soldiers are dealing with are murderers.  They have great potential to commit lethal acts, their tender age not withstanding.  And here we are in the midst of a rash of attacks.  These young terrorists must be responded to as necessary to protect Jewish life to the maximum.

Eizenkot made one further, related, statement that sat badly with me: “We do not act according to slogans such as ‘whoever comes to kill you, kill him first.’”  Excuse me? That “slogan” is a Talmudic dictum – “Who ever comes to kill you, rise up and kill him first” Sanhedrin 72:1 – that should be considered seriously.  With all of my heart I wish that Tuvia Yanai Weissman’s Palestinian Arab attackers – young teenagers though they are – had been killed before they had a chance to kill him.

(Parenthetically, I would guess that this dictum applies to Hamas, which clearly has homicidal intent towards us.)

And then there is Defense Minister Ya’alon, who spoke out in defense of Eisenkot, in a manner that was equally distressing.  He spoke about taking care that we not lose our “humanity.”  This seemed perverse to me, considering that Israel treats Syrian wounded with no questions asked, and even accords terrorists who are wounded the very same quality of care that their victims are accorded in the very same hospitals.  The rest of the world should have our humanity.

There is a serious problem here, that goes beyond these few statements.  Ruthie Blum addresses it well in “Eizenkot’s Shameful Implications”: 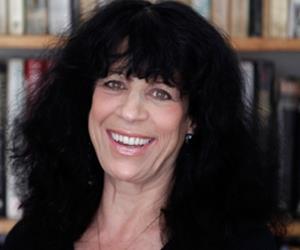 Unfortunately, the murder of Weissman is not even an isolated incident: the knifings and attempted knifings are continuing on just about a daily basis.  Everyone is very heart-weary.  While there have been protests that – since most of these attacks represent spontaneous, isolated “lone wolf” incidents – it’s impossible to stop them, there is a rising feeling that this is simply not the case.

The Yesha Council (the council of Judea and Samaria) is demanding that the government take further steps.  While the attacks may be “individual,” they say, they are highly motivated by the PA incitement.  Thus they want to see the government “stop the broadcasts of the official media of the Palestinian Authority, block the transmission frequencies, confiscate transmitters and shut down the broadcasting stations.” (emphasis added)

Then there is the NGO OneFamily, which serves victims of terror and their families. On Thursday morning, Chantal and Marc Belzberg, director and chairman of OneFamily respectively, hand delivered to the prime minister a confidential six-point plan for better fighting the terrorism.  Chantal described it as containing “six legally defensible, actionable way to save Jewish lives,” whose “time has come.”  Indeed it has!

The document was drafted by lawyers Alan Dershowitz and Avi Bell.

At a press conference following the meeting with Netanyahu, Marc Belzberg specifically mentioned the fact that the contents of Arab texts books and curricula used in Arab schools inside of Israel are not sufficiently monitored.  “In many Israeli-Arab schools they’re teaching poison to the kids…and that needs to be stopped immediately.  We pay for those books, we pay for those schools, and someone should go in there and stop it immediately.” (emphasis added)

Having dealt at some length with terrorism-related issues, I’d like to devote the remainder of this post to good news. Qualified though some of it (regarding BDS, etc.) may be, it heads us in the right direction.

I begin with some very positive information about the IDF, which truly is the most sensitive and extraordinary military in the world (emphasis added):

“The IDF has shown an unusual attitude towards people with autistic tendencies in recent years, choosing to nurture and make use of their abilities rather than exclude them from service…

“Israel [had] for decades exempted people on the spectrum from joining the military, a compulsory duty for most Israeli Jews. But in recent years it is increasingly enlisting them, harnessing their special capabilities for certain meticulous tasks and including them in an Israeli rite of passage that can boost their independence and open professional doors.

”Until recently, people on the spectrum were largely sidelined from the military, allowed to volunteer but without a proper framework to ease them into the challenges of military life. Ro’im Rachok [A program called Seeing into the Future], and at least one other program that has sprouted up, is doing just that…
“The Israeli military serves as a great equalizer where youth from all walks intersect and those who do not enlist can find themselves at a handicap once they hit the job market. One’s military career can often be a key determinant for employers and soldiers who served in intelligence units often land coveted jobs in Israel’s booming tech sector.”

“With more than 300 employees at four sites throughout Israel, Merck KgaA, a multifaceted chemical and technology company, has quietly emerged as one of the major multinational firms with a significant presence in Israel.

“The company announced this week that it was furthering its stake in Israeli tech by signing a new framework agreement with the Weizmann Institute to research new solutions in the area of biotechnology and cancer research.”

“The Liberals, who comprise the majority of seats in the House of Commons, said the party will support an opposition motion introduced Thursday calling on the House to formally reject the goals of the BDS movement…

“Rejecting the BDS movement specifically, Foreign Affairs Minister Stéphane Dion said ‘the world will win nothing for boycotting Israel but depriving itself of the talents of its inventiveness,’ adding: ‘We must fight anti-Semitism in all its forms.’” (emphasis added)

“The British government on Wednesday formally announced moves designed to discourage anti-Israel boycott activity. Under the proposed law, ‘discrimination against Israeli suppliers’ would be a breach…

“’Any public body found to be in breach of the regulations could be subject to severe penalties.’”

And speaking of Britain…

“’We, too, want to be a startup nation,’” says UK Cabinet Minister Matthew Hancock, who is leading a British trade delegation to Israel, so that the two countries may work more closely together on cyber-security.

“’There is a huge amount of opportunity to collaborate,’ Hancock tells NoCamels…“

A sentimental old song, “You’ll Never Walk Alone,” done here by the Three Tenors.  It feels right for the day, filled as it is with difficulties: