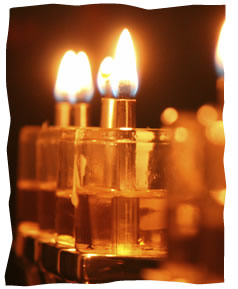 Tonight begins the eight-day festival of Chanukah, which has two aspects to it: The story of the miracle, when – at the time of the rededication of the Temple – enough oil for one day lasted for eight.  And the historical story of the defeat by the Maccabees of Antiochus, ruler of the Syrians, who sought to Hellenize the Jews.  Without their hard-won victory, we would not be here as Jews today.  Their perseverance against huge odds should serve as a model for us all, and so it has been said that this victory was the greater miracle.

We have a great need for both aspects of this holiday.  And a need for as much light as possible to shine upon us.

It has been announced that Deputy Foreign Minister Tzipi Hotovely is in the final stages of overseeing the drafting of a document that will spell out why settlement construction in the West Bank is completely legitimate and does not violate international law.  This document will be translated into several languages and will be distributed to all of Israel’s embassies around the world.

According to a Channel 2 report, Hotovely, who is guiding the Foreign Ministry’s legal team, will be convening international legal experts to examine the document.  Part of the good news here is that this is being done with the knowledge of Prime Minister Netanyahu. 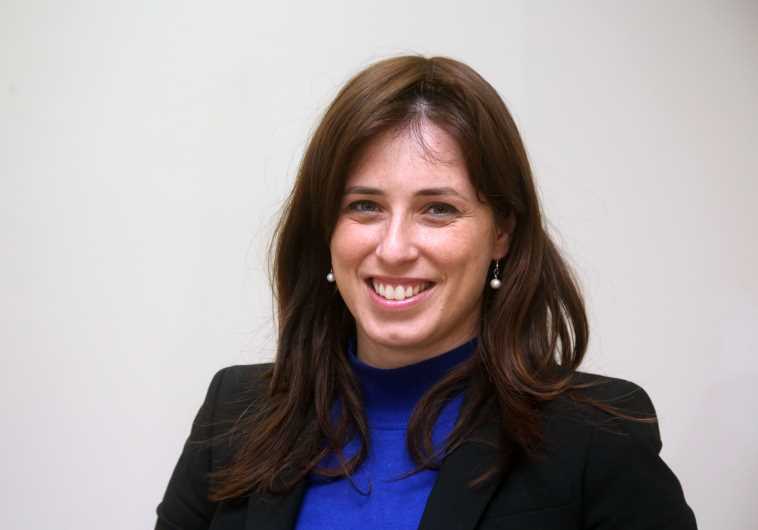 The Legal Grounds Campaign, which I co-chair with Jeff Daube, has been advocating for such a change of policy for quite some time: a return to a rights-based advocacy. We are delighted to see this change now unfolding, and to know that our efforts have been productive.

Now we need your help. To encourage Hotovely to continue to promote this significant change in political discourse, we want to let her know that she has our full support. Therefore, I ask you to take a small, but very important action:

[] Send her a message expressing your support for this latest initiative and encouraging her to keep taking steps to stand up for our rights.

By doing this you help ensure that Hotovely will continue to promote this stance and related policies.

You can see information regarding our rights in the land on the Legal Grounds Campaign website: http://israelrights.com . See under the drop down menu of “legal rights” for a host of information.

I also urge you, if you have not yet done so, to join our Campaign.  There is a pop-up form for doing so when you log on. There is no fee involved. But once we have your name and email address we can send you information on Action Alerts – such as our current Alert to write to Hotovely – and keep you informed on our very important progress.

Note as well other ways in which you can support our work:  http://israelrights.com/en/action-items/

The document Hotovely is working on refers to the fact that “Jewish affinity to Judea and Samaria is thousands of years old.”  The following good news ties directly to this position, bolstering it:

“Archaeologists in Jerusalem for the first time ever unearthed a seal impression of an Israelite or Judean king.

“The royal seal of King Hezekiah from the First Temple period was discovered at the foot of the southern wall of the Temple Mount at the Ophel excavation site, the Hebrew University of Jerusalem announced Wednesday.

“Although seal impressions bearing King Hezekiah’s name have already been known from the antiquities market since the middle of the 1990s, this marks ‘the first time that a seal impression of an Israelite or Judean king has ever come to light in a scientific archaeological excavation,’ said Dr. Eilat Mazar, who directed the Hebrew University of Jerusalem Institute of Archaeology team on this project.

One of the points made in connection with this discovery is that more and more archeology confirms the information provided in the Tanach, the Hebrew Bible.

I had said I would return to look at the issue of refugees/immigrants that Europe is currently contending with, and so do so here briefly.  Brief information is all we need to paint the picture.

See, from Steve Emerson’s Investigative Project on Terrorism, a report on an Islamic State manifesto that claims highly trained sleeper agents have been sent into Europe via Turkey.

According to the manifesto: “…some of these [Syrian] refugees were undercover fighters of…the Islamic State. They were quick to take the opportunity of entering into the different countries of Europe [most probably as early as 2012]. All this was happening under the nose of the European intelligence services whose job during this time [2012] was only to prevent European Muslims from entering Syria.”

The manifesto, which speaks of the rigorous training given the undercover fighters, details the Islamic State’s desire to spark a Europe-wide Islamic insurgency using ‘Muslim No Go Zones’ as bases of operations.

“Their locations were unknown…There were small armies of the Islamic State within every country of Europe by late 2014, and the intelligence agencies didn’t even know about it!…

“Once the media attention dies down, the Islamic State will tell another ‘sleeper Cell’ [secret Cell which has not yet activated] to do another attack…”

Repeatedly, I’ve seen reports about how difficult the so-called refugees are. What is more, the large bulk of the “refugee” population seems to be young males, not women or children.  I’ve been holding on to the report below, waiting for the appropriate time to run it.  Now is the time.

Again and again I am reading about what difficult “refugees” these people are showing themselves to be, unlike any that refugee workers have had experience with before. They don’t express gratitude, they make demands.  Perhaps the most outrageous situation I’ve encountered is this one, which I located on several sources:

”A riot ensued [October 28] when residents of a migrant ‘tent city’ with a population of 7,500 [in Germany] burned down their only shelters. The migrants, who are mostly young and able-bodied men…claimed they were insulted by the labels on water bottles with the logo of Red Cross, the organization that has distributed water to their camp. Having confused the symbol of the international humanitarian group with a religious symbol of Christianity, the protesting migrants ignited the tents that the nation of Germany has given them on the verge of winter.

”The arriving firefighters braved stones, glass bottles, and other hard objects thrown at them by the angered migrants as they they attempted to put out the fires that threatened to make the attackers homeless.

“Later that evening, as the German police searched the smoldering remains of the camp for possible casualties, they discovered dead bodies of 58 female refugees, as well as 900 other unidentified females, some as young as 9, all of whom were severely beaten and raped during the riot by the protesting young males who make up the majority of the migrant camp population there.” (Emphasis added)

I had written in my last post about Hungarian Foreign Minister Péter Szijjártó, who addressed issues of the refugees when he was here last week.  Hungary is opposed to open borders and is the only EU country that controls the flow of immigrants.

”What happened in Paris…is a strong wake-up call for European politicians. We must make serious decisions to protect our people because we are currently defenseless. We must get back the ability to control our borders. We should not be speaking about how to manage migration, but how to help these people to stay at home.” (Emphasis added)

This is one of the few European diplomats around with his head screwed on properly.  Of course, if you factor in the likelihood of sleeper cells already in European countries, then controlling borders does not entirely solve the problem, but it’s an enormous step in the right direction.

Szijjártó further made the point that, “This is not a refugee crisis. This is mass immigration.”  (Emphasis added)

“This is mass migration with an unlimited supply.”  By his count, there are 30 million to 35 million people “who could suddenly hit the road.”

The terror attacks continue here in Israel, my friends.  Here I want to mention one in particular:
Early on Thursday, “a 47-year-old Israeli man was moderately wounded and a soldier was lightly wounded when a Palestinian opened fire on them from a moving car near the Hizma checkpoint outside of Jerusalem…

“The terrorist, Mazen Aribah of Abu Dis, was shot dead on the scene. He was later revealed to be an officer in the Palestinian security forces.”

Remember this when there is talk about further arming PA security forces.

To additionally complicate the picture:

“Saeb Erekat, the head of the PLO’s Executive Committee…paid a visit on Saturday to the family of terrorist Mazen Aribah, a Palestinian security officer who wounded two Israelis in a terror attack outside of Jerusalem…

“Aribah came from a family with a problematic history of terror attacks. His father carried out a stabbing attack in Jerusalem in 1992 and was jailed in Israel for five years. His nephew was responsible for a stabbing attack on Jaffa Street in 2002 and killed in the process.

”Erekat arrived at the family home in Abu Dis with the PA governor of Jericho and local Fatah officials from the Jericho district.
“This isn’t the first time in which Fatah officials come to pay their respects to families of terrorists who committed attacks in the current wave of violence, including senior officials, but Erekat is undoubtedly the most senior official to visit the family of a terrorist, particularly one who committed a shooting attack which is considered a serious attack even among the Palestinians.”

Charming state of affairs, is it not?   Our “peace partners.”  Please circulate this information widely.  People need to know.

Let’s circle around, then, back to Chanukah.  Here are some interesting (mostly little-known) facts from Aish:

And we close with an old-fashioned version of Al Hanissim

And [we thank You] for the miracles,​ for the redemption, for the mighty deeds and saving acts, wrought by You, and for the wars which You waged for our fathers in days of old, at this season.