Tonight we light the first candle of Chanukah.  And so I want to put aside our day-to-day worries about the world, in order to  consider the meaning of this holiday, and have a little fun as well.

Last night I attended a lecture on Chanukah by a wonderful teacher, Rabbi Yitzchak Breitowitz. 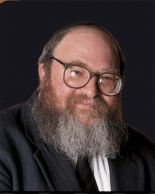 He provided new perspectives for the holiday.  (New, at least, to me.)  The essence of what he said — as I heard it — is this:

As many of us understand, in different sources, and at different times, there are two very different reasons offered for the celebration of Chanukah.

One is that the Jewish traditionalists, the Hasmonians or Macabees, defended Judaism against the Greeks, who controlled Judea and, with it, Jerusalem.  The Hellenists threatened the Jews with cultural assimilation and set about depriving them of their right to practice their religion.  The Hasmonians re-took the Temple, which had been defiled by the Greeks, and rededicated it (chanukah = dedication); they drove out the Greeks and established a period of Jewish independence in the land.

The other is that when the Temple was rededicated there was only enough pure oil to light the Menorah for one day, and yet it burned for eight days.  This was a miracle.

Says Rabbi Breitowitz, the common impression is that the miracle of the oil took place at the end of the battle with the Greeks, which is when the Temple was secured.  But historically this was not the case.  The Temple, with some area of Jerusalem around it, was re-taken early in the battle — it was, in essence, a beachhead. But the fight against the Greeks that succeeded in driving them out took 25 years.

When we consider this, we can look at the miracle of the oil in a new way.

It delivered a message to the Hasmonians: Do what you can.  Don’t give up.  The Almighty is with you.

Thus were they strengthened and assured as they continued in their battle.  The miracle was a miracle of light over darkness that provided the people with the strength to overcome.

We don’t make holidays just for miracles, the rabbi says.  There are other miracles in the Torah that are not marked by holidays.  But in the case of Chanukah, the miracle is bound up with what the Hasmonians were able to achieve.

We are living in very dark times.  As we light our candles over the next eight days, and say our blessings, and sing our songs, we are celebrating these ancient events and expressing gratitude to Heaven.

But we also need to gaze upon those lights and remind ourselves: Do what you can. Don’t give up. The Almighty is with you.

And there is, I would suggest, yet one other lesson to be drawn from this history.  The Hasmoneans were a minority among the Jews, many of whom were content to assimilate and looked at them with contempt or disregard.  Standing resolute in the face of this required a special strength.

It is not very different today.  Many Jews have lost their way.  There are Jews for whom our ancient traditions are without meaning.  Jews who feel no connection to Israel.  And Jews who embrace the position of our enemies (imagining themselves to be very righteous, I would add). These Jews see those of us who hold fast to our faith, and our traditions, and our right to our land as rigid and foolish and misguided.

In the face of this, we must stand strong. Do what we can.  Pray that the Almighty will be with us, and that light will overcome the darkness. 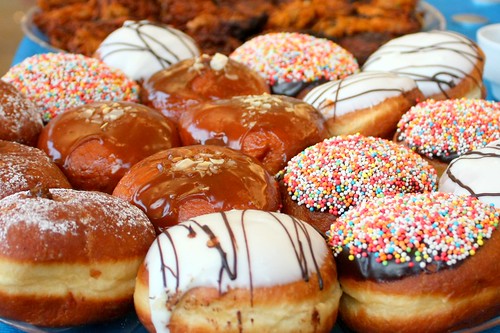 But I will never relinquish my love for hot potato latkes (pancakes), brown and crispy around the edges.  As you may know, there is a makloket (quarrel) with regard to latkes:  Are they eaten with salt or sugar?  No sugar for me — I do mine with salt.

Maoz Tzur  — translated often as “Rock of Ages,” but more literally perhaps “Mighty Fortress” — is sung after the candles are lit. Here is an Ashkenazi version that is traditional for most reading this:

And here, a Moroccan version with a very different sound:

The Maccabeats are popular in certain circles, and so I include their 2010 Chanukah video:

The Nefesh B’Nefesh Flashmob for Chanukah of 2009 still seems worth including for its spirit: