Things are never easy for Israel, but matters do seem to be getting tougher, day by day, with regard to the international community.  To begin with, the parliament of one European nation after another has adopted a non-binding resolution of some sort regarding recognition of a “Palestinian state”:

On Friday, the Portuguese parliament passed a resolution recommending that the government recognize “Palestine.” Just days before, the Irish and French parliaments, in symbolic votes, did likewise and Denmark was gearing up towards a similar effort.  Back in October, the parliaments of the UK and then Spain passed non-binding resolutions in support of recognition of “Palestine,” while at the end of October, the Swedish government actually did vote to recognize “Palestine.”

A vote by the EU parliament on the issue, which had originally been scheduled for late November, was postponed because of disagreement within the EU and strong lobbying by Israel.  It is due to come around soon.

I emphasize again that the key issue here is not legal.  “Palestine” does not fulfill the criteria for a state, and the votes of various European parliaments and governments does not change this essential fact.  Especially is this the case because the “Palestine” that the European nations seek to recognize is within borders that the PA does not control.

What these votes – even if symbolic – do is set a tone that is anti-Israel, encouraging the BDS movement and similar actions again Israel.

There is no way to avoid the perception that what is taking place here, with regard to all of these resolutions and votes, is more anti-Israel than truly pro-Palestinian Arab. The Palestinian Arabs simply do not merit the attention they receive, except for the fact that they impinge upon and challenge Israeli rights.

But there is more:  Switzerland has invited the High Contracting Parties of the Fourth Geneva Convention to attend a conference in Geneva on December 17.  The Fourth Geneva Convention on the Rules of War was adopted in 1949 in an effort to ensure that the horrific behavior of the Nazis with regard to the occupation of Europe would never be repeated.  This Convention is utilized as a weapon against Israel – as it is said that the Convention makes Israel’s presence in Judea and Samaria an illegal occupation.

See what international lawyer Alan Baker, writing for the Jerusalem Center for Public Affairs, had to say about this:

“…both the text of that convention, and the post-World War II circumstances under which it was drafted, clearly indicate that it was never intended to refer to situations like Israel’s settlements. According to the International Committee of the Red Cross (ICRC], Article 49 relates to situations where populations are coerced into being transferred. There is nothing to link such circumstances to Israel’s settlement policy…(see more below)

“The continued reliance by the international community on the Geneva Convention as the basis for determining the illegality of Israel’s settlements fails to take into account the unique nature of the history, legal framework, and negotiating circumstances regarding the West Bank.”

Switzerland – as the depository of the Accords – is supposed to behave in a neutral and apolitical manner. Yet, when the PA joined the Convention, and then requested that the conference be held, Switzerland acceded. Needless to say, Israel is furious and will boycott the conference.  The US, Canada and Australia are expected to boycott as well.

What we can expect is condemnation of Israel for “illegal occupation” in Judea and Samaria.

My readers know that I have mentioned the Legal Grounds Campaign, which I co-chair with Jeff Daube, several times now.  But you what you’ve heard to date is just the beginning: Jeff and I, seeing the threats leveled against Israel, understand the major importance of promoting Israeli leadership prepared to speak out strongly on our rights.

With everything else, Mahmoud Abbas of the PA is threatening to go to the Security Council by the end of this year, submitting a draft resolution for Israel’s withdrawal from Judea, Samaria and eastern Jerusalem within two to three years.

The US could simply veto this. But Kerry is trying a different – more worrisome – approach.  Said the Secretary of State:

“There are a lot of different folks pushing in different directions out there, and the question is can we all pull in the same direction…We’re trying to figure out a way to help defuse the tensions and reduce the potential for more conflict, and we’re exploring various possibilities to that end,”

To that end, Kerry is meeting Prime Minister Netanyahu in Rome on Monday.

All pulling in the same direction?

This is what I envision Kerry saying to Netanyahu:  “Bibi, old buddy, we’ve got to present a united front here.  If we are going to keep Abbas from the UN we have to show the world that you are on board for negotiating a Palestinian state…then I can make the case that Abbas should hold off.”

The picture I provide above is simply one that I consider illustrative of how our prime minister may be feeling tomorrow – never mind that in Rome he’ll probably be all smiles for the cameras.

At the beginning of the Cabinet meeting today, Netanyahu made this statement:

“Tomorrow I will leave for Rome to meet with Italian Prime Minister Matteo Renzi and US Secretary of State John Kerry.  I will tell them that Israel, to a large degree, stands as a solitary island against the waves of Islamic extremism that are washing over the entire Middle East.

“Until  now we have successfully withstood and repelled these attacks and now we also stand against the possibility of a diplomatic assault, i.e., an attempt to compel us – by means of UN decisions – to withdraw to the 1967 lines within two years. This will lead to Islamic extremists [coming] to the suburbs of Tel Aviv and to the heart of Jerusalem.

“We will not allow this.  We will strongly and responsibly rebuff this. Let there be no doubt, this will be rejected.”

Well…there some nice words here, but they don’t satisfy me, for they sound like rhetoric.  What does “We will strongly and responsibly rebuff this” mean?

Netanyahu speaks about the possible UN demands.  But he says nothing about what he will or won’t agree to in consultation with Kerry.

What perhaps grieves me the most – and is for me the most incomprehensible – is the attitude on the Israeli left, which is that we should go back to the negotiating table, and should try harder to please the world.  (The anti-Semitic world, that is, but why quibble.)

Even centrists such as Michael Oren (about whom more below), who is a “two-state” man, says there is no one to negotiate with now. And yet, the delusion persists amongst such people as Livni and Herzog.

This leads me to a very brief review of the ever-changing political circus:

Right wing activists have decided to form a party to the right of Habayit Hayehudi, which will be called Otzma Yehudit (Jewish Strength) and headed by Michael Ben-Ari – a former MK (with the National Union) – who will be working with Itamar Ben- Gvir and Baruch Marzel.

They will not run with Habayit Hayehudi, but if there is a breakoff from Habayit Heyehudi (with Uri Ariel – who is to the right) they might join with that.

They might also join with the Eli Yishai (pictured), who looks like he is going to break off from Shas because of tensions with Arieh Deri.  I’ll have more on this.

What’s important with these small parties is passing the electoral threshold for getting into the Knesset. That threshold is now 3.25 percent of the vote, which translates to a minimum of four seats.

As to Habayit Hayehudi itself, former Yesha Council chair Dani Dayon (not to be confused with Danny Dannon of Likud!) has joined their ranks. 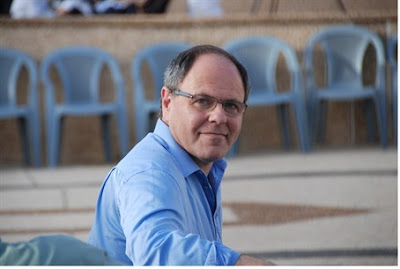 Here is a man very clear on the legality of Israel’s communities in Judea and Samaria.

There are very strong rumors that Michael Oren, immediate past Israeli ambassador to the US, will be joining the Kulanu party of Kahlon.

Lieberman continues to be all over the place.  The only thing that seems clear is that Lieberman’s first concern is Avigdor Lieberman.

And the good news:

The Israeli Embassy in Senegal has established a farm utilizing Israeli-innovated slow drip irrigation, ideal for a region of drought.  Water is saved and the produce is superior.

This is just one example of the outreach Israel does to help impoverished communities in Africa.